a project for a new life 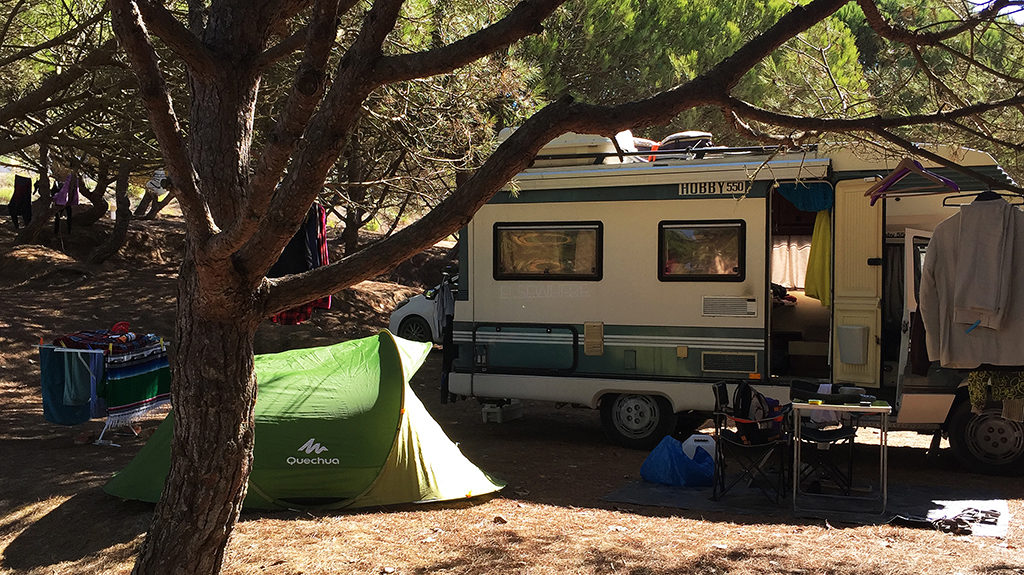 We land in Ericeira after a quick stop at the Lisbona airport. David was on the way back from Turin and instead of taking the bus, we extended our daily trip of 30 minutes with pleasure. We are not in a hurry, so why not.
Lisbona highways are the usual mess, especially when you are used for the last weeks to drive alone on secondary routes, but we managed the traffic jam picking up our friend, who moved in Ericeira since a couple of years.

Living here he has a more local perspective compared to who’s just passing by. In fact one of the first thing he highlights, and we can see with our own eyes, it’s the amount of new superstores (all in there might be at least 5!) without forgetting the amount of surf schools and the hostels and lodges: countless. All with the same basic and cheap offer to attract the highest amount of tourists.
It does not end here, World Surf League is back with their QS10000. This means that the best international surfers are in the water, with all his wagon! Given the amount of points available, also the Championship Tour riders (the bests of the bests) joined this round.
If at first we wanted to join the WSL fan wagon and watch the contest live, we decide to stay far away from Ribeira d’Ilhas, parking the starship for the first night above Foz da Lisandro, that has two available areas: the first closer the surf spot, but too steep to sleep, and a second one, higher on the cliff, flat enough to have a good night. As a matter of fact, we are not the sole van there. 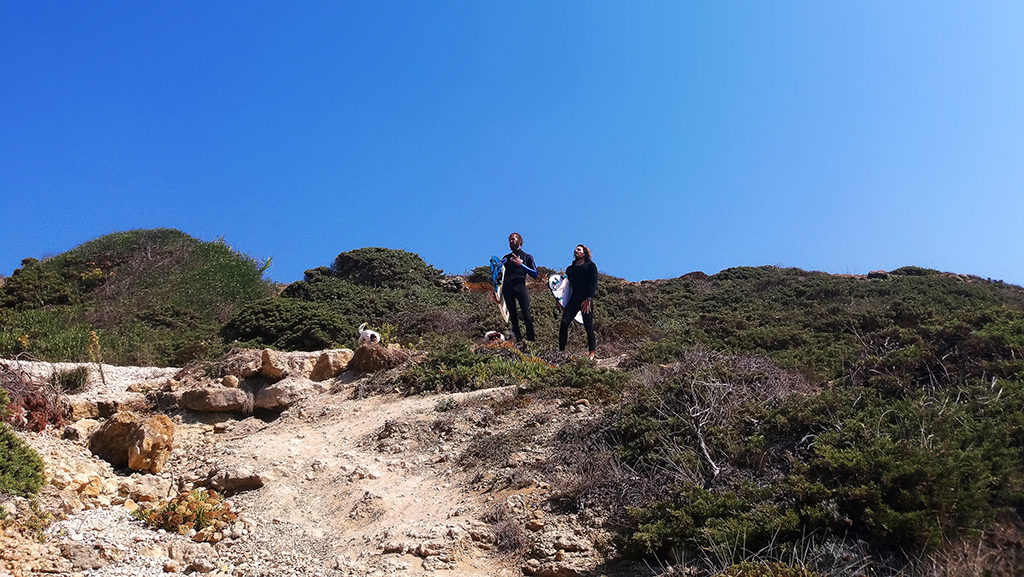 If Ribeira d’Ilhas had very nice surf conditions for the pros, it is not the same at Foz and we try to be luckier moving souther to Sao Juliao. The wind (still him, and still from North) makes the spot to messy for a nice session. Fortunately we can spend some time with friends from Moka surf and yoga retreat, like Scion, who moved here since some years. They are locals here, successfully and with their happy and peaceful “oasis”, a bit far away from the commercial battle ground. We are so lucky to meet Richard, a vibrant 70 yo guy, that for one hour makes us dreaming about surfing Hawaii in late ‘60s. (here our post about Richard and the big swell of 1969)
Day one goes by easily with some chat, coffees and some Pastel de nata. Given the outcome we decide to stop overnight here in Sao Juliao, nice and evocative place. 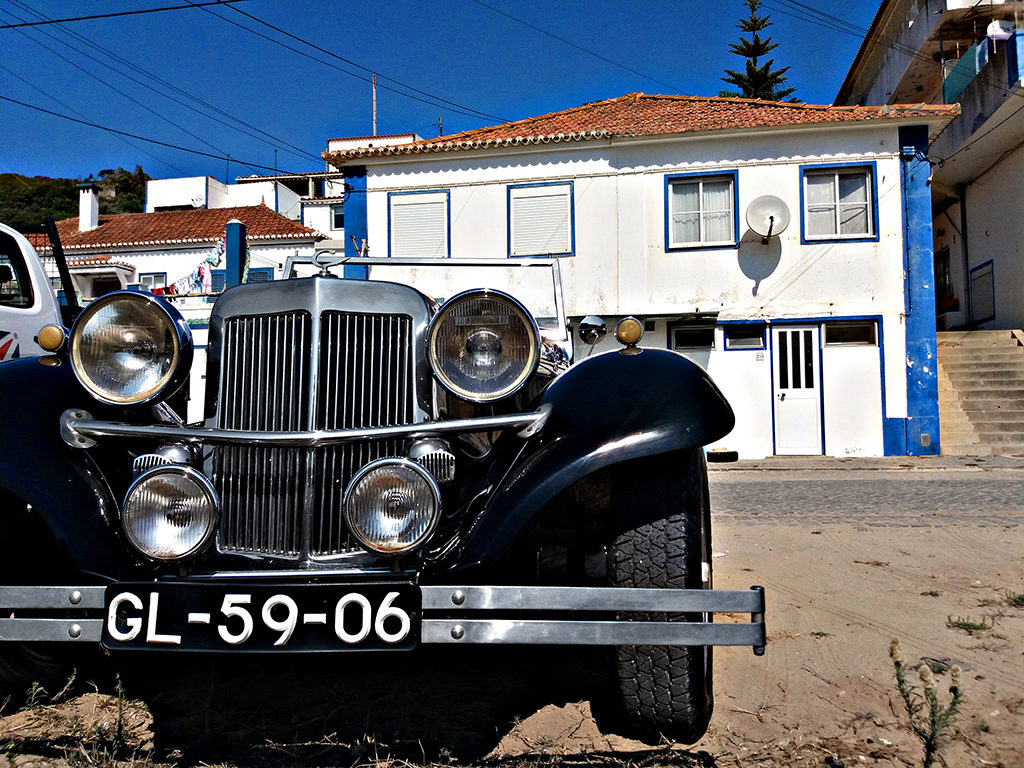 The romance ends up the following morning, because of all a sudden we start finding in the peaks and in the hidden corner of the Millenium “nice” souvenirs from a mouse, that took advantage of our absence the day before, stowing away on our starship.
The lovely Mickey Mouse left tracks of his presence -read shit- in the whole tail dinette, the wardrobe and the closed zones of the main dinette…it’s a drama. First we empty the whole van, hoping that being there with Rissa and Pina, it will be enough to get him far away. Fortunately our storeroom is in the higher part, so it was untouched! Empty everything means washimg all the textiles, done at the 24/7 laundry and in half a day the starship is ready again… or at least, this we thought…
The day after we had the worse wake up, since Mickey Mouse was still in there, tracks were again visible but less than before, as probably the climbing magnesite he enjoyed had terrible effects the first day on his digestive apparatus and our hygienic feeling. Anyhow we accept the challenge, and get ready for the haunting.

Possible solutions to the problem:

First camping day, with the whole starship dismantled and all peaks open, does not deliver any success; organic tracks still are around, even if less and less. Probably with all this light our enemy struggles  for comfortable zones. Discouragement is high as we were not prepared for anything like this, nor practically neither emotionally.
Fortunately it is 2018 and the web, with his shared knowledge, came to support us, with a YouTube tutorial for a do-it-yourself trap: buck,  30cl plastic bottle, iron wire and an old good cheese and jam combo. We also add some ultrasonic trap from YouTube leaving the Falcon and we leave everything set off, while we are out for dinner…. all the tools are out from the kitchen at the moment, so impossible to have anything home-made and save money.

We weren’t sure to win the fight, with low moral, the idea of going through professional disinfection and the very bad surf of those days, due to the usual wind. The whole thing was looking very hard.
Instead…when we came back after dinner, trap checking and…. HERE HE WAS, we took him! We could not believe that. We played as a team, facing everything smiling and beside the money thrown for camping, launches and dinners out, we survived to the challenge.

You are right, it was just a mouse (a small one too) not the devil, but trust us when we say that fighting against an unseen enemy for days, it is really exahusting, especially when you don’t have the right tool to do it! For the future we decide to take measures using essential oils of peppermint and eucalyptus, natural repellent for mice, creating some cotton barriers soaked with these products. Nice side effect it that our Millenium smells like a 5,5 meters candy now, very pleasant for our noses in the end.

Once situation is solved we spent some times thinking to this happening. As outcome we decide to leave Ericeira. We meet Furio, Augusta and their daughter Nora (the rest of Moka’s leading team), talking about the projects ongoing and how the situation is changing in the town (rehouse renting, opportunities and competitions). We pass by to say hello to David and Dorotea (thank you guys for the warm shower when we arrived) and we pay a visit to the Moka house, where Scion showed us the last years enhancements (your Yurta is wonderful guys! Reallly a great job!)

Finally the time to leave has come. Our starship is definitely cleaner and we are more conscious how our traveling house is done, since we mopped every corner.

So, stopping in Ericeira wasn’t exactly as expected, might be the mouse, the extra costs, might be because we saw that many of the travelers have problems managing their physical needs while free camping (dudes, a small hole in the ground it’s enough, if your really want to shit in the nature!), might be the waves good the days we were busy with “haunting”. All things that could happen when you are traveling, since it can’t be all shiny and brilliant 🙂 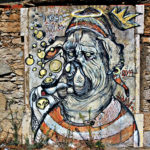 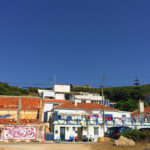 The surf industry took over also here, as seen in Balel and Peniche (read the post about it). Courses and apartment offers growth tremendously and still it does. “The place to be” definition is absolutely right and everybody is investing here: super hotels and super welcome structures are opening, with the returning of the World Surf league as additional evidence. Our main doubt is how long will it last and what when, and if, this bubble will burst? Somebody is yet looking far ahead, differentiating services, trying to focus more on quality, but seems to be just a few (Moka is one of them as they are not just surf).

We words still about the Ericeira camping are due by the way. We are off season for. October, 1st but the price paid per night we got very basic service, if not absent: toilet power plug not working, grey water dump often  misused for black waters (still this problem of shit management),shower not warm, bar or place where to have a quick dish (there is a small market and a Pizza Hut, closed those days). Making the story short, for half of the price in Porto we have in 5 star camping (read the post about it) !
Beside the above, here we met a Swedish family, dad, mom and 5yo daughter, traveling for a noble target, rather than just go out for a long holidays. They want to keep their daughter far away from all political shouting you can read and see around (yes, in Sweden too!), since being formed from all this mess does not look healthy. Matt (the daddy) explains us that their goal is show the child that we are not so different despite the latitude and that there a lot of beautiful things out of your own and usual garden. Even if there are differences, they are not necessarily menaces to be afraid of. Lo (the mom) is a freelance programmer and she is capturing many of these moments with her blog. Their trip is supposed to end in December this year, due to the school program bureaucracy but a solution to match traveling and schooling program would be interesting for them. This will allow them to remain on the move with their camper-van, surfboards and bicycles! Seems we are on a similar travel plan, willl see if we meet again in the coming weeks, who knows.
For now we can just be happy to see people that would like to o take over the background noise and bring back values that probably we are slowly forgetting.
We exchange contacts, wish all the best and leave Ericeira. 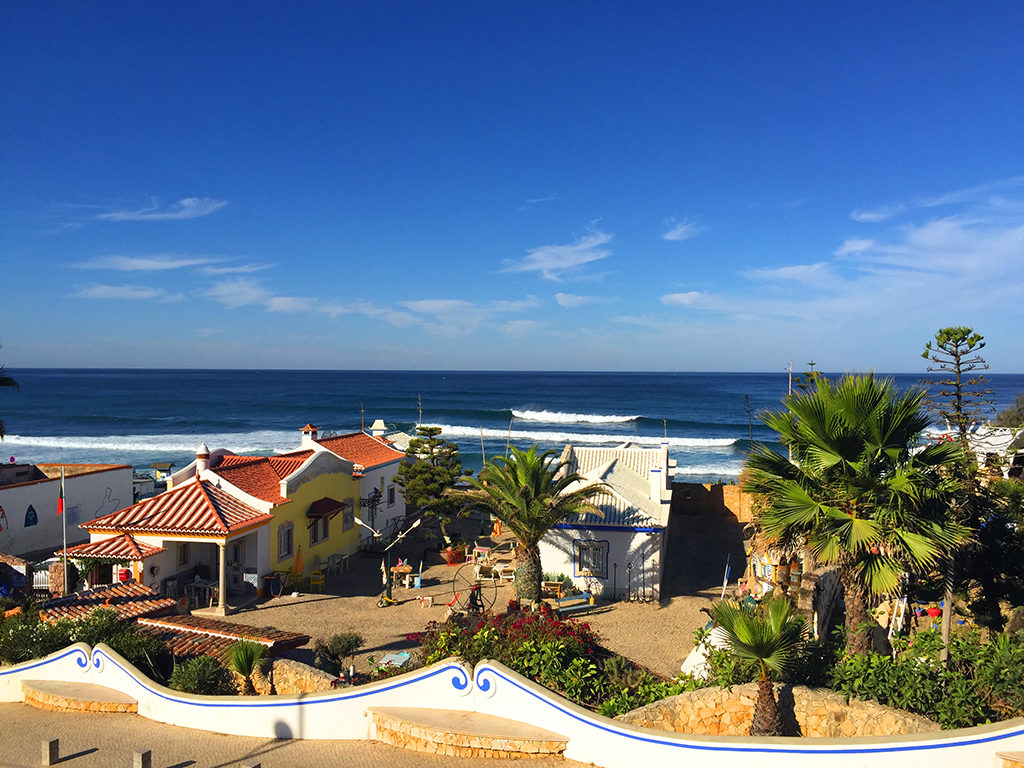 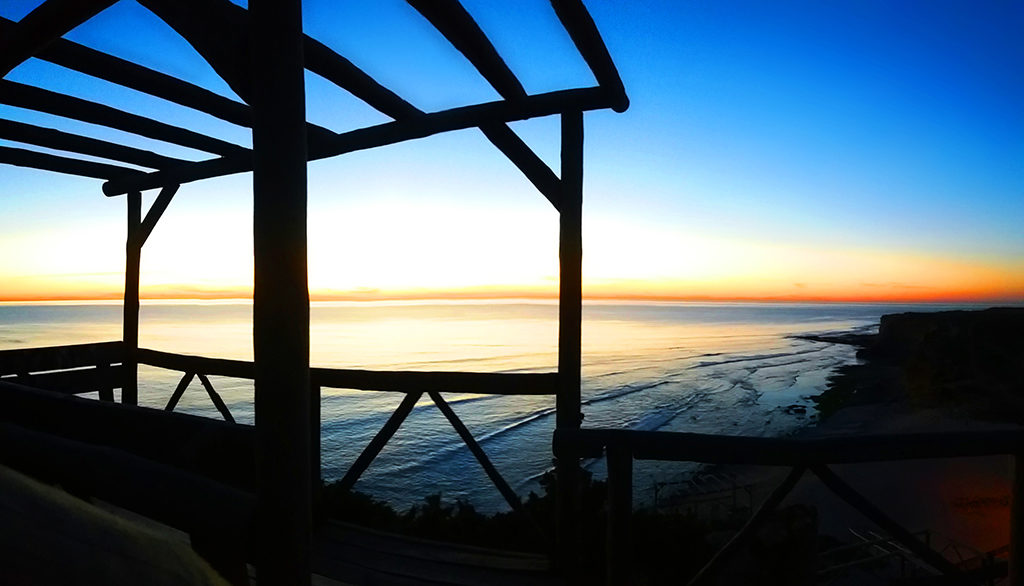 As you might have understood, we came out a bit saturated from these last experiences more “city-oriented”, it is time for a wilder environment that fits better our last habits: less people, less caos, less concrete and especially less mice!
Alentejo…we are coming!

—> scroll down for more pics and videos <—

Vivi e reduci da qualche giorno difficile e un po' sconfortante… ma abbiamo risolto cercando di non perdere mai il sorriso. Siamo una buona squadra!! Tra qualche puntata sul blog spiegheremo il motivo di tale sconforto…(siamo un po' indietro con gli aggiornamenti) per ora ci godiamo il sole e il meritato riposo. // Alive and back from some hard and uncomfortable days.. we get out from troubles without losing our smiles. We are a good team indeed! In the next blog posts (we are a bit late with updates) will let you know the root cause of this discouragement… for now we enjoy some sun and a well-deserved break.

A picture of our Yoga workshop: every Wednesday Dorotea explore with our guests different yoga topics that may need a little more time than a normal class. You will discuss, learn, analise , practice and, most importantly, have fun learning something new! 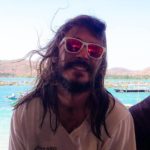 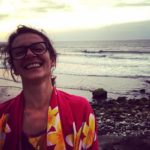 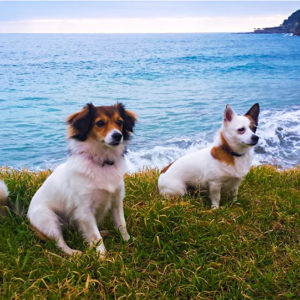